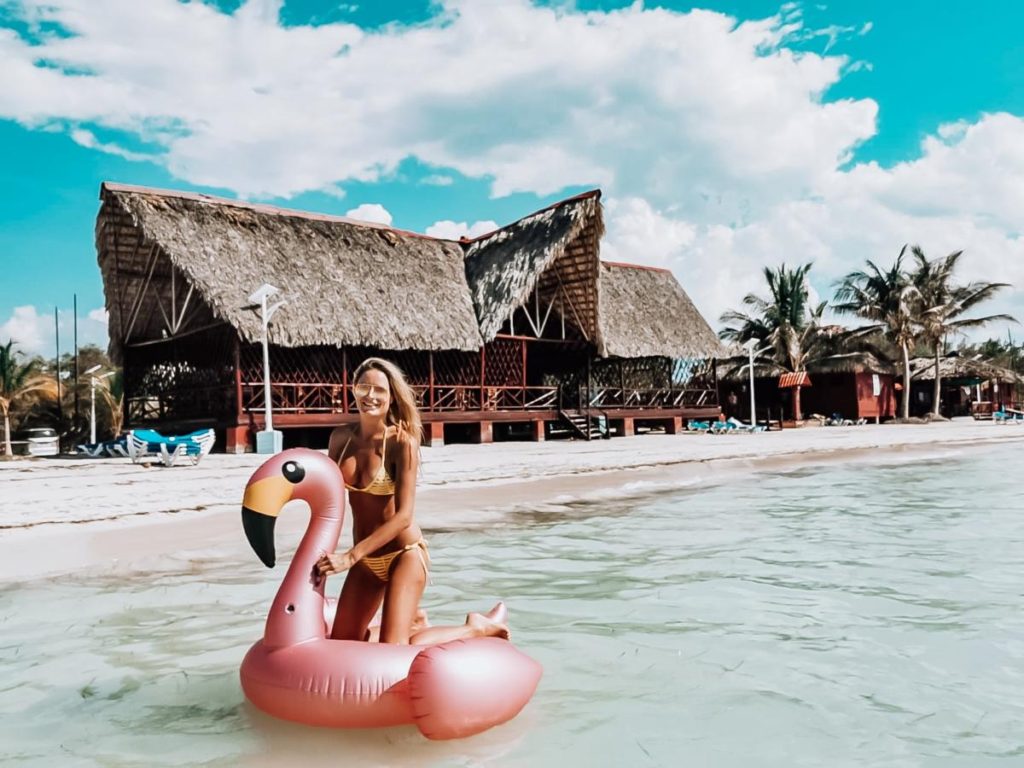 (Including where to buy a mojito for under $1)

I want you to be armed with 3 things to do in Viñales Cuba for under $10 because no one tells you Havana can be kind of expensive. Let’s save some money (and sanity!) and head to Viñales!

Look, I’m not a total cheapskate. But one thing you might notice about being in Cuba is that its actually quite expensive. Foreigners pay considerably more for things than the locals and it adds up fast.

As a tourist, you will often find mojitos for $3-$5 a drink. Which, while this is cheaper than a cocktail in New York or London, it’s hardly the super cheap prices many people expect when they come to Cuba on vacation.

Viñales is a super cute town a few hours’ drive from Havana. Prices are lower out here, but even so, I want to show you the 3 best things you can do in Viñales Cuba for under $10.

Yes, you can have a mojito or Cuba libre for under $1 in Viñales!!

3 things to do in Viñales Cuba for under $10

The best viewpoint in Viñales

Hands down, the best in Viñales is a little spot called Balcón del Valle. I’d suggest taking a taxi up, or if you have hired your own car, driving up in the late afternoon. Plenty of tour busses stream through here at lunchtime with day-trippers from Havana, so avoid them if you can.

The prices are reasonable given the view. Check out the menu below.

You can easily come up here for just a beer for around $2, take some pictures and enjoy the view, and be on your way again. I’d say that’s a pretty cheap date!

If you want to blow the $10 budget out, its $8cuc for a starter main and dessert as part of the daily set menu.

Yep. Get your ass to the beach! It’s the cheapest days out time for money you can get. Spend all day out at Cayo de Juítas for only $3. I kid you not. A sun lounger is $3 with no set time frame. So get there early, and settle in for the day.

Getting to the beach from Viñales

Getting to Playa De Cayo De Juítas is a little tricky.

You can get a taxi from Viñales, or book a “tour” style trip out there. But ideally, hire your own car and hit the tarmac. Or, what’s left of it. The road is bumpy, but loads of fun. Mind the potholes and you should arrive in one piece. Keep in mind the drive takes around 2 hours each way.

Once you have reached the beach, you will be pleasantly surprised to find not 1, but 2 restaurant options.

Both serve the same things, at the same prices. Grilled chicken thigh and rice is a mainstay. If they have fish that day, you can have a grilled fish (but don’t count on it. Even though they are located on the beach, they don’t always have access to the seafood from it!)

You will be able to pick up cheese sandwiches for around $2-$3 to keep you nourished for a while too.

Beers and cocktails are available, all at around $2 for a and $3-$4 for a mojito. Don’t drink and drive kids.

You will find reasonably clean bathrooms which have free toilet access. If you require paper, either bring your own or pay a small amount to the person at the door.

They also hire out snorkelling gear, kayaks and windsurfers at various prices. This will bust your $10 budget tho 😉

Pro tip: Bring your own inflatable flamingo for free.

You have been waiting for this one, I just know…

Where to get a Mojito for under $1

Next to the cultural information desk on the main street of Viñales is this little gem of a bar. It doesn’t look like much, but, you will be rewarded with 90cent mojitos when you drink there!

They claim to have wifi too, but it working the day I was there, so that’s a bit dubious.

If you smoke, check out the price list for cigarettes and cigars too

There you have 3 excellent options for things to do in Viñales Cuba for under $10.

Since you have saved all of that money, splurge on a fancy dinner in Havana on your way out. The best paladar will set you back around $40 per person, but it will be one of the best meals you will have in Cuba. Check it out!

If anyone else loves the way back time machine… check out this post from 2014 where I called Cuba being a massive place of change!

Travelling further to the Dominican Republic? Make sure you read this guide on finding the best all inclusive resort in Punta Cana.