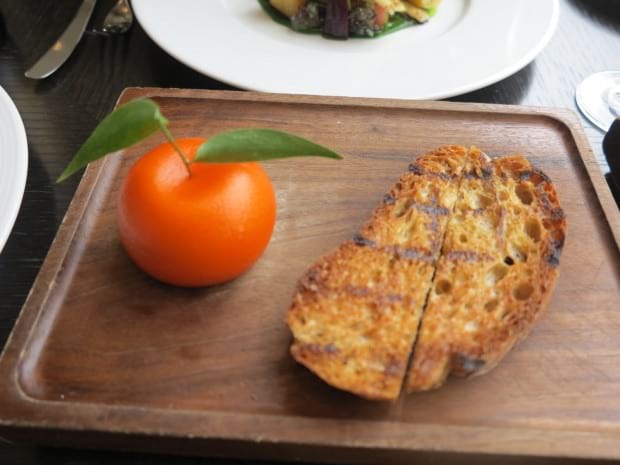 This was my second time dining at Dinner, and for good reason. Heston is an infamous English Chef who specialises in out-of-the-ordinary dishes. He often cooks using long-forgotten dishes from antiquated cookbooks. Many of which date back 400-600 years ago and is fond of Offal and the nose to tail movement.

Heston is famous for tv shows where he introduced the layman to molecular cooking, using nitrogen for example. His signature restaurant has a couple of Michelin stars and is booked out three months in advance. Believe me, I should know! I spent 4 nights in a row calling their booking number to get a table, to no avail. Then I sat on the waiting list for 3 months before giving up. I instead booked this spot.

How much does a meal cost at Heston Blumenthal’s Dinner?

The bill at the end for 3 people came to a little over $400aud. Which IS expensive for lunch, I know. BUT, is a drop in the ocean when it comes to amazing food. And the three of us didn’t leave there thirsty. We managed to down a bottle of wine, and several ciders, we also order additional sides and entrees.

What we ate at Heston blumenthal’s Dinner

We each booked the lunch menu and chose from that. We started off with Dressed Snails (1884) and Salamugundy (1720) . I had to include an extra order of one of Heston’s most famous dishes Meat Fruit. It’s a dish from 1500’s England that was made to look like fruit. Slicing it open reveals the most delicious pate that honestly tasted more like Christmas than a mulled wine in front of an open fire.

The starters were fantastic. The snails were juicy and delicious and served outside of their shell nestled in a beetroot salad. Barry’s Salamugundy dish was made with Chicken oysters and lashings of horseradish cream. Divine!

Our mains were Powdered duck breast (1620) and Roast Quail. While Liz ordered Roast Cod with Parsnips… which of course was shared around too. We all had to have a nibble of each other dish, as beautifully as they were presented, they were demolished!

By this stage, we were starting to fill up, I won’t lie. We all crammed our mouths full of tender meats and mopped up the juices with the crispy bread.

We ordered 3 more desserts: the Tipsy cake, from 1810 , made with sherry soaked brioche and pineapple, flambeed. The Millionaires Tart (1730) and Orange Buttered Loaf (1630). I’m not a huge dessert person, but I was blown away by all three desserts. The millionaire’s tart was probably my favourite, with its chocolatey goodness and decadent vanilla ice cream.

The staff were attentive and well-trained in the menu and the wine list. The ambience of the restaurant was exactly as it was 2 years earlier when it first opened. I did notice more food tourists this time around. For once I wasn’t the worst offender for taking photos of the food!