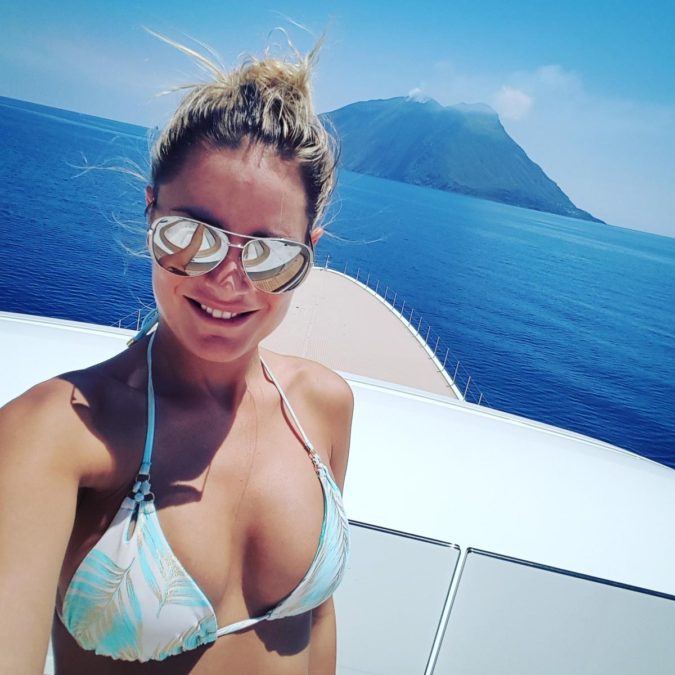 For my 35th birthday last week, I decided to set up an IAMA over at Reddit for the day about working on a superyacht. I thought maybe a couple of Instagram followers would post questions, and the whole AMA would die relatively quickly.

How wrong I was.

I didn’t even get a chance to promote the AMA to my followers while I was because the questions were coming in thick and fast. For around 16 hours I was replying to your questions, mostly about being a chef on a superyacht, and it made me realise people wanted to know more about the industry and my job.

I assume my job is boring, but that’s because I do it every day. I’m sure you probably think your job is less interesting than it is too.

Oh yeah, and for those who don’t Reddit, an AMA is an “Ask me anything” question and answer session. IAMA is a subreddit that stands for “I am a..” The two go hand in hand. Mine was called ” IAMA Superyacht chef who has travelled to over 100 countries, and it’s my birthday AMA”

Daily life as a superyacht chef

It’s not as glamorous as you think. We tend to work long hours when guests are on board. It’s not uncommon to work from 6 am until 2 am, with a 2-3 hours break in the middle, 7 days a week, until the guests leave. Yes, I worked like that on one boat.

There are minimum hours of rest yachts need to comply with. But that doesn’t mean they do. Every yachtie will admit to working more hours than what is legal, just to get the job done.

When guests aren’t on board, things can be a lot more relaxed. Generally, the working hours will be 7 am until 5 pm, with a lunch break. But this depends on the upcoming programme and how busy the other departments are. At the other end of the scale, I have also worked on yachts where we started at 8 am and finished at 4 pm, with half days on Fridays! Now that really IS living the dream, but it’s not normal.

Below deck: Is it really like that in the superyacht industry?

Everyone seemed fixated on whether the tv show on Bravo Below Deck was anything like the real yacht life. I have to be honest, yes, there are elements that are totally plausible. Some of the characters they have on the show are similar to people I have worked with before. Many are batshit crazy and they wouldn’t last long on a well-run yacht.

A lot of the antics that happen on Below Deck would not happen to one boat over 1 season. They have condensed all of the crazy bits and inflated them to cram them all into the 8 episodes per season or whatever it is.

All in all, I have to say there are similarities to Below Deck. The show’s format uses real yacht crew with years of experience, so clearly, that is going to show too.

Since we are talking about money, and that seemed to be where most people focussed their questions… Yes, Charter yachts tend to make more money because the crew also receive tips.

I’ve joined several charter boats with huge promises of these charter tips, only to be let down. One claimed to be the busiest charter boat under a particular management company with 16 charters the previous year. With the money split equally, those crew would have earned upwards of $50k on top of their monthly wage. When I joined, the tips stopped being split fairly (the lowest ranks got less of a percentage of the tip, while the heads of departments and captains received more. Totally unfair, don’t even get me started!!!!) and the boss decided to come on for about 16 weeks of the season. So…. not so many tips. Lol.

Another boat I joined, a well known one… also claimed to make great tips. Of course, while I was onboard I just had the boss on for almost a month as a liveaboard, so it was as busy as a charter, minus any tips. And the day I left? They had a three-week charter and the crew each made €33K in tips!!! That’s more than many people make in a YEAR as a salary! Insane!!

I have to be honest, I’ve not been so lucky…. I have worked mostly private yachts, which is a different vibe.

So, working on a superyacht, how much can I make?

Just because you land a charter boat gig, that doesn’t mean you will make the tips people claim. There are times that you will, but you could also be pulled onto a boat that is heavily used privately.

Private yachts tend to be more relaxed. You know the guests on a more personal level and they tend to treat their crew much nicer. The owners value their crew and will often do other things to entice a crew to join, and even more to keep the ones they like.

It’s not unheard of for a good chef to be given expensive cooking courses around the world, or to be flown out to exotic locations for a few days to cook for the boss.

Many private yachts also pay a 13-month bonus. This is basically a tip of a month’s wage that is paid after you have been on board for a year, to say thank you. It helps weigh out the differences a little bit between the charter boats and private.

Exotic locations you can visit working on a superyacht

It’s not surprising that superyachts travel the world and pull into port at loads of amazing destinations. Much of my world travels were done long before I joined the industry, and a good chunk of my travels are actually done in the downtime.

Just because I work on a superyacht, that doesn’t mean I get a whole lot of downtime to see the gorgeous places we are anchored or in port at. I might get a chance to rush ashore to buy some fresh bread or pick up some fresh fish, but often that’s it.

The Med, where the season starts around April/May and finishes around September.

The Caribbean, where the season starts around November and finishes in February/ March.

There are a lot more yachts now that head down to do Asia for the Maldives, Singapore, Hong Kong etc. And fewer still make the voyage to Australia and New Zealand. Working on a superyacht requires a good passport and knowing you will be away from home for many months, or years at a time.

Africa and South America are not commonly travelled by Superyachts, but there are a few who make the long trip down the coast of Patagonia to reach Antarctica.

What did I leave out of the AMA?

If you want to read the AMA yourself head over to Reddit. Of course, there are a lot of questions that I had to reply to as gracious as I could without answering correctly. Working on a superyacht has its challenges though, and it has a lot of red tape. Some thing’s I just couldn’t mention or discuss.

Of course, I could tell you all of the gory details, and believe me, after 5 years in the industry, I have seen a lot! I also wish to remain employed. So for the sake of honouring disclosure statements, I will remain quiet.

Feel free to use your imagination on what you think happens onboard yachts. You may be right, you may be wrong, either way, I’m pretending I saw nothing 😉

If you want to work on a yacht, read on!

I don’t work as a crew agent, and if I don’t know you personally, I can’t vouch for you to be a captain. I can’t just get you a job on a superyacht because you ask me nicely. That’s just not how the industry goes, at least, not when you’re starting out.

Your first yacht job will either fall into your lap, or you will work bloody hard for it. I’ve known people who get jobs before they even completed their basic training, and I know others who have dock walked and tried for months to get a job and failed. Not everyone makes it.

Some further reading if you are considering working on a superyacht

You may have noticed I don’t tend to talk much about my job on this blog. That’s because I think these people do a much better job at that than I do, and I prefer to help people travel here instead. But check out these accounts for more info and inspiration if you think a career in yachting might be for you.

If you want to start as a stewardess, your best bet is to have a read of The Yacht Stew’s blog she has loads of tips for that department. Another great resource is this how to be a stewardess post.

There is also a really awesome Spanish speaking stewardess Jamila who has a blog in English and who helps coach new crew.

For green yacht crew, there is plenty of resources and information about the industry over at The Superyacht Chef including a list of good agents to contact for work and I can create a professional yacht CV for you.

If you prefer not to be serious about working on a superyacht there are other ways to get sea time. hitchhike on yachts have an interesting take on it too.